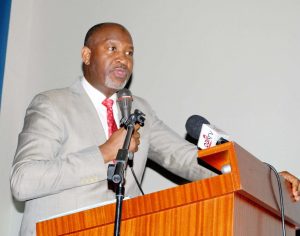 No doubt Nigerians tend to forget the Muhammadu Buhari-led administration in a hurry for broken promises for drawing some sections of the aviation industry into a frenzy.

It is certain that during the 2015 elections that paved way for Buhari to power, there were several assurances the team made in order to re-invigorate the aviation community. But they all appear to be jittery and edgy. Most Nigerians were delighted when they watched the presidential campaign on-air promise to ensure certain things were made to rest.

Recalling the old memories of the defunct national carrier – our beloved Nigerian airways, which was a pride of Africa that efficiently cruised regional and international spaces, I felt extremely delighted for its come back and payments pension and gratuities of the firm’s ex-workers.

Most people are hopeful and patiently waiting for the president to ensure he delivers on all promises made more especially in the aviation sector. Nigeria becomes one of the most experienced crashes and flight matters across the African continent, hence the need to bring them to book. Most of the promises assured by the administration under President Buhari’s watch were the three decades down and beloved ‘Nigeria airways’ which he believed its remains could rise again. Many optimistic Nigerians including my humble self-believed and agreed with him.

One fact that could make people forget the tenure of the Buhari government is the long list of forgotten promises on this sector alone. We recall days the federal government promises over 10 new airports for other states Anambra, Benue, Ekiti, Nasarawa, Ebonyi, Gombe, among others.

Another aspect that brought hope to Nigerians was the strategic roadmap signed by the present administration on how to significantly renovate airports and airlines in order to curb out air mishaps in the country. Since the inception of aviation activities in 1925, Nigeria experienced over 50 serious air disasters.

All these were issues that bother the country in the aviation industry, but we were all dancing to our feet when the president made it clear that he would see through them. And with the appointment of Hadi Sirika as aviation minister, so many people express their optimism about the aviator-turned-politician because they know he is a technocrat.

No doubt Sirika is a team player if you take into consideration the latter’s immediate launch of a development master plan for the concession of all airports to make them efficient but at no cost to the government. He also made efforts to ensure Maintenance Repair and Overhaul (MRO) facilities, among other top priorities made.

Recently, the federal government made yet another biggest promise that others see as a mystery that Nigeria will produce airplanes before 2023! It was believed that there would be a partnership with a foreign company to ensure actualization. The federal government expressed hopes that the partnership for the project will boost the growth of Nigeria as a regional aviation superpower as maintenance and repair facilities will attract patronage from neighboring countries, and will be subjected to further analysis to verify the market and government willingness to release a significant amount of money and logistics.

With the pace at which the aviation minister is going, there are a lot of hopes on his side. People believed him to be an intelligentsia but yet barely two years to the exit of the Buhari government, there are pile of these failed promises. They wonder when would the federal government actualize and fulfill its promises?