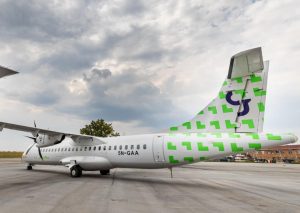 By 31st December 2021, the aviation sector will click 100 years in Nigeria, with Mallam Aminu Kano International Airport as the oldest in Nigeria when the first aircraft landed in Kano same year as it was launched – 1922, but the full operations started 14 years later in the country. In the first decades of its operation, the airport became an important fuel stop for airlines flying long-haul services between Europe and Africa.

The industry, about 61 years ago (barely from 1960) was a force to reckon with as the country’s national carrier then, Nigeria Airways, underwent a phased transformation. The independence year was a very significant year in aviation development in Nigeria. It was not just about the Independence but also marked the final process of the complete takeover of the airline after holding a 51 percent stake in the carrier. In fact, in 1960, the airline had 17 aircraft in its fleet comprising one Dove, eight Herons, and eight DCs.

History books recorded that in 1961, Nigeria Airways, formerly known as West African Airways Corporation (WAAC), became the national carrier of Nigeria, operating different brands of aircraft like Airbus, Boeing 737, and Douglas, among others. Apart from having a strong presence in West Africa, WAAC Nigeria, which became Nigeria Airways in 1971, had footprints in Europe and America.

In its heydays, the airline was not only a pride of the country but entire West Africa with as many as 30 operating aircraft. But, from the 1980s to the 90s, the fortunes of the airline nosedived until 2003 when it was liquidated.

Now, though there are about 23 registered airlines according to the Nigerian Civil Aviation Authority (NCAA), only nine operate scheduled flights. They are Air Peace (which is the largest carrier in Nigeria and West and Central Africa), Dana Air, Overland, Aero Contractors (the oldest carrier in Nigeria which has survived all the vicissitudes of air transportation development), Azman Air, Med-View Airline, Ibom Air and Arik Air.

The present administration of President Muhammadu Buhari has promised to bring back the national carrier. The process started in 2015 when the first term of the administration took off but the dream is yet to come to fruition thus fueling doubt about the seriousness of the government in delivering a carrier to the country.

There are others who argue that while it was good for the government to establish the national carrier, there must be deliberate efforts to protect existing private carriers through policies and regulatory frameworks that are friendly and less strangulating.

The Minister of Aviation, Senator Hadi Sirika, has said the Nigeria Air project which was suspended last year amidst disappointment from Nigerians is still on course and will soon become a reality.

“We have a more complicated case here. Take South Africa for example, South African Airways, South African Express, and Mango are loss-making airlines. They have now decided to merge the three airlines after so much money has been spent.”

On his part, a former general secretary of the National Union of Air Transport Employees (NUATE) expressed the belief that the industry has not done badly in the last 59 years.

He said: “Between then and now, the nation has suffered some hiccups but by the dynamism of Hadi Sirika, we can quietly recoup our gains within the next four years and bounce back as a major leader in air transportation in Africa.”

Abioye said one of the milestones the industry has recorded is in the establishment of the Maintenance, Repair, and Overhaul (MRO), saying, “MROs are springing up which is very good for the sector.

“It saves us from expending our scarce foreign exchange outside the country, it impacts Nigerians and our aircraft engineers/technicians/mechanics, etc. and enhances the financial power of the operating companies, etc.

“Serious private airline operators are also deepening the transportation system, creating employment opportunities for Nigerians while attention is being paid to safety and recommended practices.

“The sector is also becoming saner as journalists and other stakeholders serve as watchdogs, challenging our failures and drawing attention to correctable observations.”

Fifty-nine years after, despite the several challenges and failures of the past, stakeholders believe that with the commitment of the federal government to take the industry to the next level, the lost glory of the industry can be reclaimed.

“With several projects in the offing, like the MRO, Aviation Leasing Company (ALC) and National Carrier project, it is envisaged that the industry would witness massive transformation if the programs are pursued with vigor.

What is more important is that authorities in Nigeria must rescue and save the industry from collapsing. Sometimes in July this year, a public hearing on the amendment bills for the review of some aspects of the Civil Aviation Acts has brought to the fore the impending crisis in the aviation industry which requires urgent attention. The industry is in dire need of urgent intervention to save it from imminent collapse.

There is no gainsaying that aviation is the bedrock of the national economy. It is important to note that aviation is regarded as a strategic industry, not only for its potential for economic growth but also for its crucial role in national development and regional integration.

The most important contribution aviation makes to the national economy is through its impact on the performance of other sectors and as a facilitator of their growth. The industry is the tonic on which many other sectors depend. Unfortunately, this vital sector that acts as a stimulus to the rest of the sectors of the economy is facing extinction, the consequence of which will be very detrimental to the overall economy of the country if not immediately addressed.

It is important that the Federal Government urgently come to the aid of the operators by addressing these needs in the overall interest of the national economy and to relieve the Airline operators of frustration and as well avert their threat of shutting down their operations due to lack of funds and hash operating environment.

The aviation sector must attend to all trends deliverables before hitting 100 years of inception. Interestingly, all over the world, air travel by far remains the preferred option for extensive mobility. Both for business and leisure, the speed, comfort, and safety is incomparable. And so Nigeria shall be if we are to conform to the century’s needs.