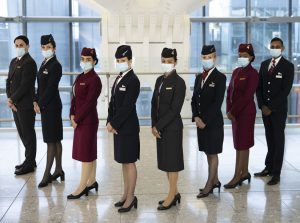 With Qatar Airways operating a record-breaking seven daily Heathrow flights, more changes for the Doha-based carrier’s partnership with British Airways were undoubtedly on the horizon. The two airlines announced on Monday that they had completed the latest step of their relationship growth.

The latest developments are part of BA and Qatar’s ambition to “Move Further Together,” and the two carriers now offer greater global connectivity between countries than any other airline joint venture. They’ve already added 42 countries to their network, including Singapore, the Maldives, Italy, Sweden, and Norway. The combined total number of destinations served by the two airlines now stands at 185 across 60 countries.

“This is a huge milestone in our long-standing relationship with Qatar Airways, an airline that shares our passion for customer service, choice and flexibility. From idyllic holiday hotspots such as the Maldives and Thailand, to business hubs such as Singapore and Hong Kong, we are pleased to open up the world as the travel industry continues to make steps towards its recovery.”

The two corporations created a joint promotional video for the upcoming expansion, claiming that combining the best of both airlines would “usher in a new era of air travel.”

Travelers will have more choice in earning and using Avios, the airlines’ common loyalty currency, while traveling across a major portion of both airlines’ networks on a single connecting ticket. Passengers can connect their Qatar Airways Privilege Club and British Airways Executive Club accounts to transfer Avios and combine balances to claim benefits from both programs. Access to both airlines’ premier lounges is also included, as are cabins such as British Airways’ new Club Suite and Qatar Airways’ award-winning Qsuite.

“The growing collaboration between Qatar Airways and British Airways shows our customers our common goal to offer an unparalleled network with unique benefits. Travellers can now experience the best in quality and service as they travel across our joint network. The joint business between our airlines cements both Qatar Airways and British Airways as industry leaders, aiming to provide the utmost flexibility and unrivalled connectivity to our customers.”

Qatar Airways owns more than a quarter of BA’s parent firm, International Airline Group (IAG), and will increase its holding to 25.1% in February 2020. Qatar committed hundreds of millions of dollars to help AIG airlines stay afloat during the height of the crisis in July of the same year.