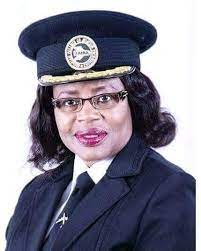 Nigeria’s aviation industry has been male-dominated. Over the years, tons of female pilots have emerged with significant contributions to the industry. Let us take a look at the history of the woman who paved the way by becoming the first woman to fly an airplane in Nigeria.

Chinyere Kalu is the first female commercial pilot in Nigeria and is also the first woman to ever fly an airplane in the country. Between 2011 and 2014, she served as a Rector and Chief Instructor at the College of Aviation Technology. She has been instrumental in training other successful pilots. Chinyere Kalu has been recognized for various prestigious awards in and out of the country. This article will discuss everything about this great woman and her journey to greatness.

Chinyere Onyenucheya (now Kalu) is a native of Akwete, Abia State in the Eastern part of Nigeria. She was a student of St George School in Abia. However, after the civil war, she went to Lagos Progressive Primary School, which is located in Surulere. After her primary education, she proceeded to Anglican Girls Grammar School.

Her journey into the aviation industry began when she got into the Nigerian College of Aviation Technology in Zaria as a Cadet. Furthermore, she has taken aviation courses in the United Kingdom and the United States of America.  On the 20th of May 1981, she got her license as a commercial pilot from the aviation college in Nigeria. In 2011, Chinyere Kalu received an appointment as the rector and instructor-in-chief of the Nigerian College of Technology by former president, Goodluck Jonathan.

In an interview, Chinyere Kalu revealed she decided to become a pilot in 1974 after she was asked to write an essay about their future ambition. Her first thought was to become an air hostess, which she concluded was not for her due to her faith as a Christian. She revealed that it was at this moment she knew she wanted to become a pilot. As an adventure lover, flying and traveling was a chance for her to do something extraordinary.

Chinyere Kalu also revealed that she would not have pursued her passion if she had never gotten her parents’ approval. They gave her the encouragement and push she needed to believe in herself. She also received enough encouragement from her aunt. This aunt, who was an orphan, was the first in her family to travel to the United Kingdom to further her studies. She said her aunt played a huge role in her career as a pilot. Before she got into the Aviation College, she had an admission offer into Yaba College of Technology which she had to reject to pursue her passion.

The pilot has confessed to having various challenges career-wise. She said being the only female among the men made her doubtful and fearful. Chinyere Kalu said she felt she was in the wrong place most times. She also said there was no privilege and certain instructors treated her harshly because she had the effrontery to venture into a male-dominated industry. There were times she wanted to give up but got tons of encouragement from Christian brothers in school. They would encourage her and offer assistance in areas she was struggling.

The pilot revealed that she was constantly on her toes because people were frequently weeded out of aviation school. They would always bring brown envelopes which contained dismissal letters every Friday. With hard work and prayer, the envelope never came for her. In 1981, she got her license as a pilot from the aviation college.

In addition to being a successful pilot, Chinyere Kalu is also a family woman. She met her husband as a student and they went ahead to build a beautiful life together. According to the pilot, her husband is very understanding and is not threatened with her success. Since being a commercial pilot would involve constant traveling that would deprive her of being involved in her home, she decided to embrace academic piloting. She also said pregnancy would affect flying. Women who have recently been put to bed will have to start all over again by going through checks and medical tests. With this in mind, she fully embraced the academic side of piloting. Chinyere Kalu said she felt proud and happy whenever she got flown by her students.

Chinyere Kalu earned a lot of awards. She is a member of the Order of the Republic of Nigeria and the Nigerian Women Achiever Hall of Fame. She has also won awards recognizing her achievements and contributions in the aviation industry. Some of them are:

Chinyere Kalu is the first Nigerian woman to fly an aircraft. She is an aviation icon who paved the way for women in an industry dominated by men. She is a good example of how hard work and determination pay off. Chinyere Kalu is an accomplished pilot and her success is worth emulating.