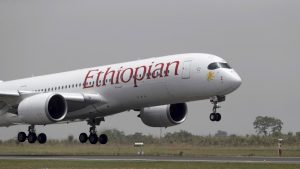 Ethiopian Airlines has been confirmed as the primary investor and partner in the country’s new flag carrier by Nigeria. Nigeria Air has been in the works for some time and is getting closer to a full launch, pending support from partners. Ethiopian Airlines is Africa’s largest carrier, and it has recently shown a willingness to invest in new startups.

According to ThisDay Newpaper, the federal government of Nigeria has formally selected Ethiopian Airlines (Ethiopian) as a partner for the much-anticipated Nigeria Air. The airline will own 49% of the company, with the government contributing 5% because the project will be a public-private partnership. Notably, Ethiopian has maintained its policy of not investing cash in new ventures.

Instead, the airline will use its technical expertise, large fleet of aircraft, and management skills to establish Nigeria’s first flag carrier in years. An initial pool of pilots is set to arrive in Addis Abeba for basic training for certification on the Boeing 737NG, though this has yet to be formally confirmed.

Ethiopian was the only airline that bid to lead the new flag carrier, according to a source close to the Ministry of Aviation. Despite this, the choice was probably a good one.

“Ethiopian Airlines has the equipment needed for the start-up of the new national carrier, Nigeria Air. It has many Bombardier Dash 8 aircraft, which would be the equipment that would be deployed with additional deployment of few Boeing B737 NG aircraft. The airline is most prepared to support the Nigerian government actualise its national carrier ambition.”

Nigeria Air was announced at the Farnborough Air Show in the summer of 2018 but was suspended a few months later in November. Four years later, the airline was back on the radar, with several players, including Qatar Airways, rumored to run the new operation.

The airline received its Air Transport License (ATL) from the Nigerian Civil Aviation Authority (NCAA) in June, paving the way for the crucial Air Operators Certification (AOC). The next step was to find a partner to run the airline, which has now reportedly been completed with the appointment of Ethiopian Airlines.

The next few months will reveal more about the airline’s launch schedule. We can expect a domestic and regional focus in the early months, with a fleet of Boeing 737s and Dash 8s, in a market that has no shortage of travelers in Nigeria. Keep an eye out for this burgeoning carrier in the coming years.