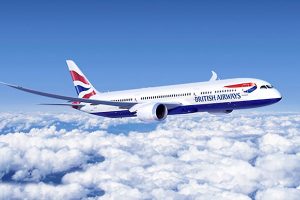 The Government of Ghana through the Ministry of Aviation has raised issues with a decision by the British Airways (BA) to move Accra-London flights from the Heathrow Airport to Gatwick.

The government in a correspondence warned the British Airways against any unilateral decision. It said “We wish to remind you about the unpleasant experience of similar unilateral decisions in the past by British Airways such as moving the Ghanaian passengers from terminal 5 to Terminal 3 at the Heathrow Airport without due consultation with the Ghanaian authorities.”

It added that “even the Boeing 747 aircraft that was used for several years to serve Ghanaian passengers was unsuitable and visibly old and several complains about the aircraft was deliberately ignores.”

The Aviation Ministry said the Government of Ghana reciprocate if the British Airways goes ahead with the plan.

“The Ghanaian authorities will advise itself and take a reciprocal decision on behalf of our passengers in the coming days if our call for British Airways to rescind its decision on the movement to Gatwick Airport is not heeded,” government said.