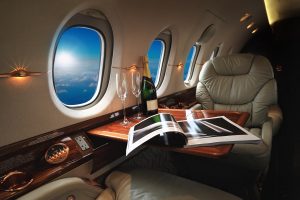 My name is Ada. I was born in the 70ies and grew up in a small village right outside of Port Harcourt. My dad was a civil servant and my mom a teacher, so we lived comfortably in my rural township.

Growing up back then, travel by air was so rare that I believed it was for international travel only. I learned some things about a plane in school and the only time I saw one was from the sound of its miles in the air. It was a phenomenon to marvel at and I dream of the day I’ll get on one.

Low and behold, my opportunity came in March 1997. I received a student visa to study in Germany and my whole being was excited yet anxious about the unknowns. One immediate unknown being the plane ride to Germany. I was the first in my family to get on a plane and to travel abroad, so excited was an understatement for my entire family. I remember my dad (who had never been on a plane himself) saying “a big engine is going to carry you and take you off to a foreign land”. We all giggled at that, but for a 21-year-old at the time who had lived a very sheltered live up to that point, anxious curiosity about that plane ride was beginning to sink in.

The day of my departure came. My Dad rented a bus and transported my entire family and a few friends to the airport. I can still vividly hear the conversations, laughter and prayers the entire drive from home to the airport, as it was the first trip to an airport for all of us. When we arrived at the airport, my first-time aviation experiences kicked up a gear.

This is where the story and fun begins everyone….so buckle up and come along with me…haha

The huge delegation that took me to the airport became obvious when we all crowded the arrival terminal. You should have seen the disappointment when most of the delicious home-cooked items from my mom, friends, and aunties got pulled out of my bag one after the other because they were not properly packaged. I was soo nervous when I stood in front of the check-in counter, it felt like I was at another visa interview, but the officer finally checked in my bags, gave me a small piece of paper as my boarding pass, and pointed out the way to the departure gates.

Then the goodbyes and crying began. We hugged, we cried tears of joy and sadness all at once, my mom put her signature cross sign on my forehead as a final “farewell my daughter” blessing as I slowly walked away from the bubble I had called home for 21 years into the unknown world of planes and “whiteman country”. I turned around, took one last look at my waving delegation, blew kisses at them, and then walked towards my boarding gate, asking for directions the entire way. Luckily, it wasn’t a long walk and security checkpoints were not so elaborate back then.

When I saw the huge plane up close for the first time seating at my boarding gate, I pinched myself and wondered what it will look and feel like on the inside. I boarded my flight uneventfully, greeted at the entrance by friendly flight attendants whom I thought looked well dressed and put together. One of them helped me find my seat and showed me how to buckle my seatbelt… she could tell it was my first time on a plane. I was in awe of everything on that plane, but I tried to play it cool. There were a few other first-timers on the plane that day, so we were in good company.

The announcer over the telecom spoke soo fast, I didn’t understand a word they said, but boarding was completed and we were about to take off. The plane started taxing slowly, and then suddenly, the speed and a rush that felt like my entire body was about to burst out of itself into another planet. I held on tightly to my seat handles, closed my eyes, and prayed to God. And then just as suddenly as it all started, the rush suddenly stopped and it felt like the plane was climbing a steep hill for a few moments before leveling off. I looked outside my window seat and could see the city disappearing underneath the plane, until all there was to see were blue skies. I was in awe! My brain could not fathom the “miracles” around a plane ride. I wondered how this big engine be floating in the air without gravity bringing it down.

We settled in for the long flight to Germany. The Flight Attendants served us meals and drinks. Everything looked and tasted strange to me, but I felt adventurous and tried everything. When I got up to use the bathroom for the first time, I couldn’t believe I could walk on the plane in the air without falling down, so I held on to aisle seats the entire way. Then the funniest thing happened, I still laugh at myself to this day when I remember this. I pushed open the toilet door and locked myself in the compact space without any issues. But after I finished and was ready to return to my seat, I couldn’t figure out how to open the toilet door from inside. I tried and tried but ended up knocking on the inside of the toilet door for help. One of the Flight Attendants heard the knock and helped me out of the toilet.

The rest of the flight was uneventful until it was time to land in Germany. That same rush I felt at take-off kicked in, only this time I felt a pressure painful sensation in both my ears the entire way down. We landed safely in Berlin Germany in freezing cold weather and an atmosphere heavy with my first-time experiences for a “Johnny Just Come – JJC” like myself, but that’s a story for another time. Stay tuned!

Do you have a juicy first aviation experience story to share? Email your 1-2 pages narrative to experience@zamkah.com for a chance to be featured in our next issue.
All rights reserved