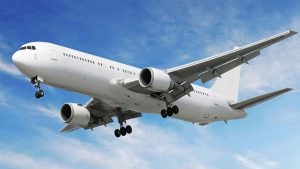 About three years after a similar order, the Federal Government has again suspended the deduction of 7.5 per cent Value Added Tax (VAT) on airfares and other air transport services.

The latest suspension order, scheduled to take effect on January 1, 2021, is contained in the 2020 finance act recently signed by President Muhammadu Buhari.

A member of the bill drafting committee and West Africa Tax Lead, PwC Nigeria, Taiwo Oyedele, confirmed the development via a tweet yesterday. The government had earlier suspended five per cent charges on imported commercial aircraft and spare parts.

The FG in June 2018 issued an executive order on the suspension of VAT in air transport. The Federal Inland Revenue Service (FIRS) claimed to be unaware of such a directive, hence it was never implemented.

Airline operators had complained that Nigeria is the only country that still charges VAT on air transport services. The VAT plus 36 other charges, according to the airlines, account for at least 40 per cent of total revenue and N10 billion in taxes yearly, leaving the airlines heavily indebted and in financial distress or both in most cases.