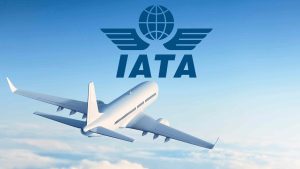 Our correspondents reveal reasons why the International Air Transport Association (IATA) had recently lashed the National Association of Nigerian Travel Agencies (NANTA) and warning it to direct its members to desist from criminal acts of issuing air tickets for Basic Travel Allowance (BTA) purposes to individuals who eventually void the tickets after gaining access to foreign exchange a practice called Ticket renting.

IATA, according to the reports, described the act as a dishonest and despicable economic sabotage, which constitutes leakages to the Central Bank of Nigeria (CBN) foreign exchange system asking the travel agencies’ association members to be alert to such practices, a statement signed by Head of Account Management West and Central Africa, Dr. Samson Fatokun.

The report also gathered that IATA wrote NANTA, airlines, and other related businesses and companies which it believes carry out such acts.

According to the strong-worded letter to NANTA President, Susan Akporiaye titled: Issuance of Tickets for Fraudulent Purchase of BTA reads in part: “The Central Bank of Nigeria (CBN) called my attention to the criminal practice of air ticket being issued to unscrupulous persons for frauds purpose of BTA and same tickets are voided the same day once the economic fraud has been committed.

“You are advised to alert your members about this fraudulent practice and warn whichever agent that might be involved in this economic sabotage to desist from it.” revealed the letter