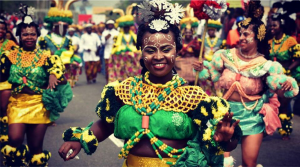 Nigeria was not named giant of Africa for no just course, the name was given because of the known facts amiss several others, which is the numerous culture which brings about multiple ethnic groups with over 170 million people, 50 languages and over 250 dialects. It is also divided into 6 geopolitical zones which includes south-west, south-east, south-south, north-west, north-east, and north-central.

The giant of Africa is made up of 3 major ethnic groups which are the Hausa-Fulani, the Yoruba and the Igbos and they just represent 70% of the population and the remaining 30% are from other tribes line, the Edos, Tivs, Ibibio, Kanuri to mention but a few.

There are 3 seasons in Nigeria and they include the rainy seasons from April to October, the dry season from January to March and the harmattan season from October to December. Now these season varies in different parts of Nigeria and that means, the northern part of Nigeria could be experiencing harmattan while it could still be raining in the south.

Foods and drinks cannot be left out as there are more than 250 tribes in Nigeria so also are there more than 250 traditional foods, though we have common foods like rice, beans, yam, plantain, but each tribe has its own unique traditional food. The northern part are popularly known for tuwon shinkafa or nono, the southern part ogbono soup, afang or black soup, the west are known for their amala and ewedu or gbegiri and the eastern part are known for oha soup and pounded yam. These