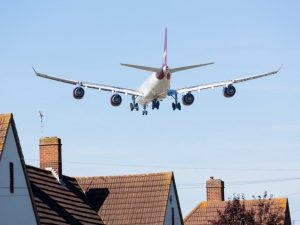 Britain’s top universities have spent tens of millions of pounds on hundreds of thousands of flights over the last four years, it can be revealed today – despite repeated pledges to tackle the climate crisis.

Almost 170,000 plane journeys – including long-haul, continental and domestic trips – were taken by staff at just eight institutions including Cambridge, Bristol and Newcastle universities, The Independent has learned.

Imperial College London alone racked up 38,000 flights in the period between 2016 and 2020, the equivalent of 26 every single day of the year.

Aviation is one of the single biggest causes of global pollution and a key factor in climate change.

Yet, astonishingly, the new figures represent just the tip of the iceberg. Of the 24 Russell Group universities which The Independent asked to provide details of flight numbers, 15 – including Oxford, Manchester and Glasgow – refused or said they did not record such travel.

Now, with flights across the world currently reduced because of coronavirus, politicians, academics and students have urged universities to use the pandemic as an opportunity to reset their future travel policies for the sake of the planet.